A Shocking Enema Known as the Harris Flush

Before the advent of TPN and tube feedings there were enemas for nourishment, Avertin or pentothal enemas produced anesthesia (Abbot actually produced a prefilled pentothal rectal syringe and it was not prudent to confuse it with a Fleets,) stimulant enemas of various caffeinated beverages  were also used. Would you like cream and sugar in your coffee enema? Neomycin antibiotic enemas were commonly used before prostate biopsies or intestinal surgery, and Kayexelate enemas were a very messy way of reducing blood potassium levels. Anthelmintic enemas were used against pinworms and sometimes included a secret ingredient (dilute turpentine.)

I'm certain I have forgotten some types of these backward treatments, but there was an enema for just about any ailment. Old time nurses often had special enema recipes that they guarded with as much vigilance as a restaurant would with a specialty entrée recipe. When the time tested enema can was replaced by the clear, disposable plastic bag enema in the early 1970's, old nurses were mesmerized by the visible rise and fall of the solution with the patient's respirations. You could not see this phenomenon with the opaque metal can and old nurses thought that watching the enema solution oscillate in the bag with inhalation and exhalation  was more fascinating than open heart surgery.

Carminative or anti-gas enemas were in a class by themselves and this is the procedure for  a "Harris Flush Enema"  as described in a 1930's  AJN article. We did a similar procedure sans the electric light bulb as a heat source and called it a "tidal wave enema." The enema bag was alternately raised and lowered so the solution flowed in and out of the colon. The degree of browness in the enema bag served as a visual indicator of the in and out flow of the solution.  Bubbling in the enema tube or bag was also a good sign that gas was being expelled. Some patients experienced "blowouts" where by the gas was blasted past the inserted rectal tube with frequent unpleasant (for the nurse) results.

The thought behind the heating of the solution was that if maintained at body temperature or above, the enema set up could remain in place for an extended period of time allowing the patient to expel gas. Old time abdominal surgeries disrupted peristalsis and pain from retained gas could be severe. Here is the procedure as outlined by the old AJN, I have inserted a few editorial comments in italics.

Purpose: To carry off gas and waste

Equipment:
3 feet rubber tubiing
Irrigating can
Rectal tube with Vaseline ( I guess lubafax was yet to be invented. We received demerits if Vaseline got anywhere near rubber tubing because it caused deterioration and could bankrupt the hospital and don't even think about using a pair of  those budget busting gloves!)
Emesis Basin
Clamp
Towel
Extension cord and light (This is where it gets interesting)
1 inch strips to tie the electric light
2 Large safety pins
Fire extinguisher (I added that one. Better to be safe than sorry) 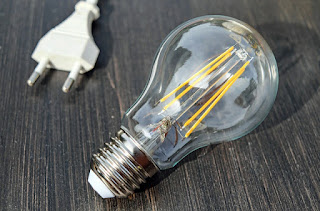 Procedure: Connect the tubing and the rectal tube with the can and clamp off.
Put onto the can sodium bicarbonate 6 drams; water to make 40oz

Place the can on the bedside table. Allow air and solution to run out of the tubing into the emesis basin. Lubricate the end of the rectal tube and introduce it into the rectum.
Remove the clamp.
Raise the can and allow the solution to flow into the rectum. Lower the can about 1 foot and allow the fluid to run back into the can. Gas will also return. Repeat several times.
See that the tubing does not dip down off the bed; it may be held in place by pinning it to the muslin draw sheet.
Place the electric-light bulb in the solution so the metal part does not become wet. (sounds like a good tip, might want to have consult for the burn unit and an anal plastic surgeon as well.)
Place the plug in the wall outlet and turn on current.
Cover the can and electric light bulb with a towel.

Points to remember:
Change the solution as often as it becomes soiled.
Keep at an even temperature.

I think a better name for this procedure would be lightening in an enema can. One false move with that light bulb and it's a tossup; which is a greater risk electrocution or a rectal infusion containing broken glass?

Email ThisBlogThis!Share to TwitterShare to FacebookShare to Pinterest
Labels: Tools of the Trade