Dr. Scott Mastores is  a graduate of  Chicago Medical School which was constructed on the Downey VA Hospital grounds shortly after I quit working there. Thankfully, he rescued this sign from the trash and was kind enough to Email it to me to share with all those interested in Downey VA hospital.

There were lots of interesting signs at Downey and this one was on prominent display in the lobby of most of the buildings. I don't think many of the patients bothered to read them and enforcement was lax. Most of the nurses at Downey would much rather have patients lying on the floor than fighting on the wards.

Just about every ward had a pool table and a sign that stated throwing pool balls was prohibited. I broke up an unusually nasty altercation where two patients were bayonetting each other with pool cues and was promptly advised there was no signage prohibiting this activity. "If we can't throw poll balls at one another, what are we supposed to do?" was their response. 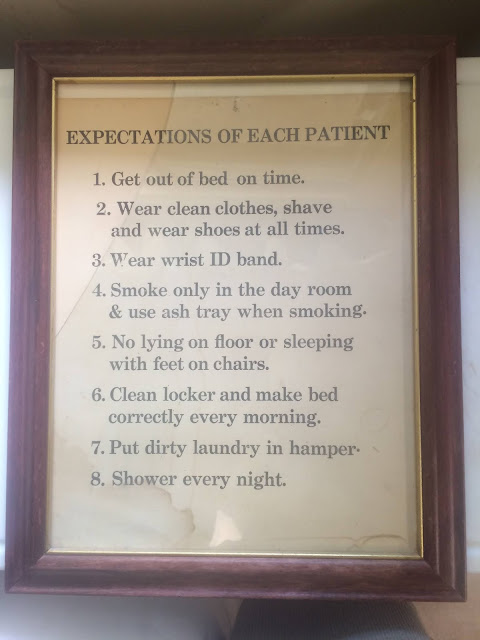 Lots of views, but no comments and I'm stuck in a terrible brain freeze. I'm open to any suggestions for a post. Thought about an updated nursing awards post if I can crawl out of this cognitive abyss!