There is a cornucopia of awards for modern day nurses. I've previously blogged about this trend which seems to have proliferated to the point of ridiculousness. An organization supposedly representing operating room nurses is now offering an award for an expensive system that attempts to contain the smoke liberated by the cauterization of human tissue. They  have "partnered" with a commercial entity that manufactures these devices. The coveted award is called "Go Clear," and there are gold, silver, and bronze permutations. I can visualize the winners standing on a podium resembling an OR table in their AORN approved bouffant head coverings looking more like chumps than champs.  Any nurse that had the unmitigated gall to seek personal enrichment by huckstering anything by enticing folks with awards would have been shown the door in a vintage hospital. 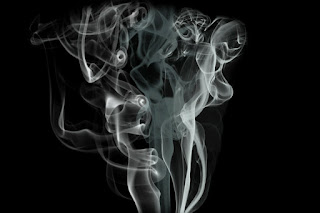 After a cursory review of the literature, I found there is little in the way of hard science to prove Bovie smoke is harmful and no published randomized trials. Sure it contains some nasty substances and most folks find it unpleasant but old OR nurses would laugh in the face of someone selling an expensive toy to "go clear." If Bovie smoke is one of the worse things you smell as a nurse you must be spending too much time sitting in an office and please, don't get me started on nurse office sitters.

OR nurses were so acclimated to Bovie smoke they could correctly identify the type of tissue being cauterized by the scent of cautery smoke and regarded this ability as a badge of honor. Remember that old TV game show, "Name That Tune"  where contestants said they could identify the song in 3 notes or less?  Vintage scrub nurses played a variation of that game by playing "Name That Tissue Smoke."  Pleura was the easy one for me and I could name that tissue in 1 whiff because of the characteristic sweet/sour smell released by the smoke plume.

There are cost effective ways to mitigate Bovie smoke that do not involve the unsavory element of money changing hands. We were conditioned to believe nurses were meant to be poor and efforts toward personal remuneration were sinful. My what a different world today where patients check in and check out of medical office  visits with all the dignity of a Wal Mart Trip. Nurses have more money today but something has been lost in the process. Proud, caring professionals have been rendered mercenary automatons by corporate healthcare.

One of the most efficient Bovie smoke minimization  strategies has presidential overtones and it's appropriately called  the Clinton strategy; don't inhale. Just wait until that perilous  plume dissipates to resume normal respiratory activity. Works every time and doesn't cost a cent.  If you don't inhale it can't hurt you or cause adverse political consequences. Bill was unto something.

Surgical masks are designed to implement a barrier that prevent endogenous operator  bacteria from reaching the surgical site. Masks function both ways and  are also effective filters to block inhalation of Bovie smoke. As proof  I offer the post operative sniff test which involves reversing the mask and thrusting your proboscis dead center into the mask after a long case. Guess what? It smells just like Bovie smoke that's in the mask and not your lungs.

Oldster nurses were frugal by nature and trained to use existing resources to the maximum. If  you are interested in saving your hospital big  money there is post on my blog that explains how to perform a sterile procedure with finger cots. Gloves are not cheap. There is suction available on surgical cases so if you don't care for Bovie smoke just suction away with what you have. Be prepared to be belittled because tolerance of Bovie smoke was an expected virtue and self serving actions like this were seen as a public declaration of your lack of commitment to patient care. Nurses were expected to put themselves in uncomfortable  and self endangering situations. It was all part of being a nurse. A hospital is not Disneyland!
Posted by Oldfoolrn at 7:04 AM

Email ThisBlogThis!Share to TwitterShare to FacebookShare to Pinterest
Labels: Ceremonies, In The OR, Tools of the Trade