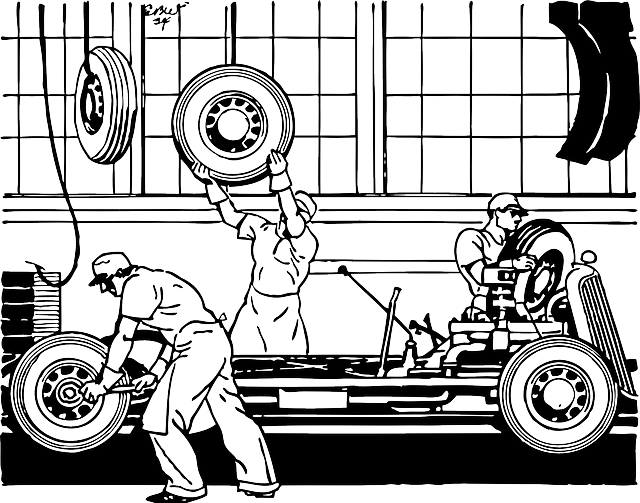 Cars are such a huge element in American culture and it never ceases to amaze me the resources people invest in them. I once worked in an area where the highlight of the morning radio broadcast was the instruction to assembly line workers of when and where to report to work. Everything revolved around the industry, even the streets had car names.  I  used to think it was strange driving a VW on Buick Drive.  Those pesky little insignificant "foreign" cars were not welcome here.

Those assembly lines must have been really nasty places to work. One day we got a victim in from the "Blazer Line" at the local plant. His name was Felix Dunkfeather and he had been working above a huge, swimming pool sized tank where the truck bodies were cooled off after a welding operation. The mix of water,welding flux, and who knows what else was heated to 200+ degrees.

Felix had the unfortunate experience of falling into this boiling hot tank after tripping over a torque wrench.  He fell in feet first and was essentially parboiled from about the waist down. He was conscious upon arrival and luckily for him, the hospital had a decent burn unit.

I was a relative novice at this institution, but was really surprised at the nonchalant response from the docs and nurses. It was a pretty spectacular, horrible injury (it still gives me the creeps) but apparently nothing new here.  I listened to all kinds of assembly line injury horror stories that made me want to buy a bike just so as to not contribute to the mayhem.

One day Felix came up to the OR for a one of his many debridements. For anesthesia training purposes, one of the rooms had a jury rigged, non-rebreathing system made up of a ridiculous hodge-podge of components. This collection of drinking straws, garden hose, and who knows what else was ultimately vented directly out  a window in the OR.

When the wind was blowing just right (or wrong in this case)  the odor of halogenated anesthesia could be strong and we would all get sleepy. This mingled with the smell of necrotic tissue and Elastoplast dressing supplies. The surgeon started in on the anesthesia personnel about the terrible smell and how he was never using this room again. He looked at me and I readily concurred. A good scrub nurse always sides with the surgeon, especially in disputes with anesthesia.

The anesthetist calmly surveyed the human wreckage from the Blazer assembly line before us and said." Don't worry,  That scent is just that new car smell."

Felix did eventually recover, but had an unusual shuffling gait. I never looked at cars the same, especially new ones with that characteristic smell.