A Foolish Young Nurse Learns From an Enlightened Patient

We received the call from radiology that they had completed a cerebral angiogram and  needed a nurse from the neuro unit for the transfer. It was my turn for an admission and I knew to bring an AMBU bag because the patient was going to need a ventilator when we got back to the unit as she had already been intubated.

I quickly scanned the history. A 46 year old lady named Vicki  was shoveling snow and had collapsed and lost consciousness. Upon arrival in the ER, a neuro problem was suspected and confirmed by a CT scan. The angio showed 2 intracranial aneurysms had popped.

She looked so tiny and delicate lying there surrounded by the X-ray equipment. Doing a quick neuro check, I was taken aback by her soft green eyes and her heart shaped face which was framed by her jet black hair. There was definitely someone home behind those eyes, so I started talking to her explaining that we would be going to the neuro ICU and I would be caring for her. 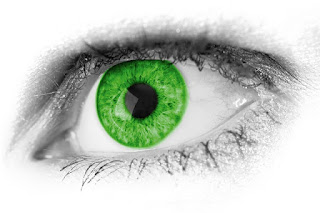 Along the journey to the unit, I was able to detect some inspiratory effort and was really just assisting her breathing with the Ambu bag. On the unit, the critical care resident thought she could be extubated and I was communicating with her via eye blinks. After suctioning her we pulled the endo tube and her first response was "Thank-you."  As my shift came to a close, she became more alert and I told her confidently that I would see her tomorrow. I thought it was really important to say this to someone really sick, as it inspired hope.

The next time I cared for her she was alert and very animated, telling me about her work as an assistant anthropology professor at the university. She also profusely thanked me for all that I had done and that she remembered me explaining things and talking to her in angio. I could not for the life of me figure out why she was thanking me, in my 20 something mind, I had done none nothing to help her, she still had two aneurysms that needed clipped.

Patients like this activate the super nurse syndrome in young nurses and you want to bring all your personal resources to rescue this person. The fancy big building full of equipment, the tiled temples of the operating room reinforce that this life must be rescued at all cost.

This lady had a true inner peace about her and said that her whole life and study of anthropology was training for this moment and that the best things were yet to come. I really expected her to do well post-op after they clipped her aneurysms. We had started her on  the usual pre-op Amicar and made sure she was stable for the upcoming surgery.

The next day there was an unusual quiet when I approached Vicki's bedside. She told me that she was not having surgery because of her fear of being disabled and that she could easily accept her demise. I tried to explore her fears, but it was no use her mind was made up.

She profusely thanked me upon her transfer to a regular room and told me that I would understand her decision  more clearly when I was much older.

Vicki died 2 days after her transfer when one of the aneurysms suddenly ruptured. I know she died in peace and on her terms, but it was about 30 years too soon. She was right about one thing though, 40 years later I am beginning to understand and I can see those glowing green eyes like it was yesterday.

Posted by Oldfoolrn at 6:40 PM