Overheard in the OR 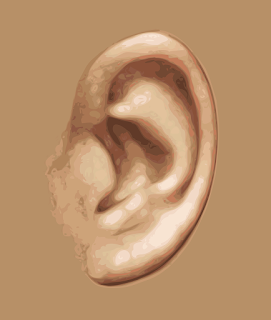 Foolish comments overheard in the O.R.


After an anesthesia resident inadvertently intubated the esophagus, the attending quickly replied, "You realize there is minimal gas exchange across the wall of the stomach."

"We really rect  um." An attending always said this after completing the lower potion of an AP resection. We all were obligated to chuckle.

In disputes between the surgeon and anesthesia about the need for blood transfusions, it was always prudent to side with the surgeon. Anesthesia would be quick to cite the volume of blood in the suction containers and the surgeon would claim that it was all irrigating fluid. When the nurse was asked about the volume our response was almost always the same: "Oh, yes a couple of liters of irrigant , Doctor."  That remark always reminded me of the typical response from a drunk motorist when asked about his alcohol consumption, "Just a couple of beers officer." Two was always the universal number for estimating fluid volume.

I quickly learned to never ask the surgeon how he wanted the specimen named. The response was always "Joe" or "Fred." The correct question was always "How do you want me to label the specimen?"

Once, on  a very long partial nephrectomy, the surgeon was meticulously suturing tiny pea sized bits of fat to the kidney. My fingers were getting tired from loading needle holders and after about an hour of this I actually asked him: Why don't you just sew one big glob of fat on there and be done with it?" He barked back at me "It doesn't work that way, fool."  I still don't know what made me ask something so foolhardy.

We actually had a surgeon who insisted that  Bovie  smoke was good for you. He also smoked Camels and I always suspected he was wrong about the Bovie smoke. At least, he didn't make any health claims about the cigarettes.

Handling instruments had lighter moments.  Everyone tried to come up with  new appellations for a hemostat, there was pusher, Kelly, snap, tag, Crile, and pinch among many forgotten others. The smaller ones were mosquitos and the longer ones peans.  Surgeons used to love to smack the back of inattentive residents hands and the preferred instrument for this was a sponge stick. There were also suggestive remarks about how to properly handle a Babcock. We also had a left handed surgeon whose instruments ratcheted in reverse, a real pain for the scrub nurse and we always joked "He needed a left handed scalpel too."

"Turn up the vapor, he's trying to help!" Surgeons always made this command to anesthesia when the patient begins to wake up in the middle of a case. Of course, if anything bad happened as a result of this, the circulating nurse is blamed.

"It's not in here, we're closing." Surgeons standard reply when informed the sponge count was off. It was an unwritten rule that if a foreign body like a sponge was left in the patient, the scrub nurse and circulator would be fired.

I guess it's time to cease this nonsense. I really do appreciate people who take the time to read this foolishness.