Epinephrine Evils - A Trio of Heathers Straight From Hell

Allright, it's time for some fun and games. I am breaking a promise to myself to abstain from blogging about present day healthcare. I make it a practice to avoid watching the television, but while on one of my frequent MD visits, the fancy newfangled flat screen TV was showing the House Committee  interrogating  Mylan Pharmaceuticals  jet setting CEO Heather Bresch. It was a  fortuitous circumstance that medical care was close by because  she made me physically ill and even the legislators were disgusted and admonished her sickening greed by hiking the price of an Epipen over 500%.

Suddenly as Yogi Berra so aptly stated "It was deja vu all over again." Another Heather and her malicious use of epinephrine popped into my aging brain. Kristin Heather Gilbert was VA nurse serial killer that murdered patients with IV epinephrine. Those with strong stomachs can google her name for the unsavory details.  I figured if I could connect the dots with these Heathers from Hell, I could break my promise to myself about abstaining from current issues. My suspicions were right on, these Hellish Heathers do have some things in common.  My promise to avoid blogging about  personal health issues (don't get me started on that one,) politics and religion still stand

To play this game simply match the "Heather" pictured on the left to her favorite epinephrine delivery device. The correct matchups are revealed at the end of this post. How's that for a sneaky, underhanded trick to encourage your readership?  I better stop hanging around with these Heathers. They really do creep me out. 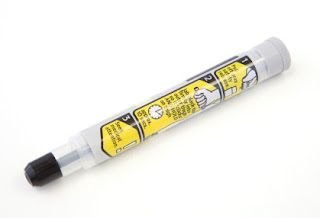 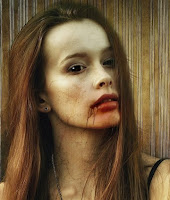 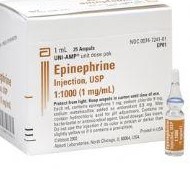 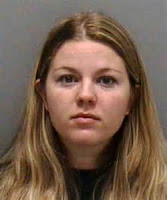 What does Heather Bresch, the greedy Mylan Pharmaceutical CEO and Kristin Heather Gilbert a VA nurse and serial killer have in common other than their names. The answer: they both used epinephrine for novel and unintended purposes. While Heather Bresch used a dirt cheap drug, epinephrine to get filthy rich, Kristin Heather Gilbert used it to impress her boyfriend with her cardiac resuscitation skills. Unfortunately the cardiac arrests were caused by Nurse Gilbert overdosing her patients with epinephrine. Two very twisted ladies using a "life saving" drug to fulfill their own personal goals without any consideration of what they were doing to vulnerable patients. Neither one of these Heathers  ever apologized for their actions.


In 1989 Nurse Gilbert joined the staff of The North Hampton MA Veterans Affairs Hospital. In 1990 she was even featured in a VA publication, The Practitioner. Likewise, Heather Bresch was recognized in Esquire magazine as a 2011 "Patriot of the Year." It's a sad world when it's considered patriotic to accumulate wealth at the expense of vulnerable patients that require medications. Both of these ladies were apparently considered exemplary examples of humankind according to the articles published.
.

The parallels of these two women are truly stunning. Nurse Gilbert was frequently described as a habitual liar for most of her twisted life. She falsely claimed to be related to Lizzie Borden, the infamous axe killer.  Heather Bresch falsely  claimed she obtained a MBA from West Virginia University  and officials at this school falsified transcripts to reflect classes she never attended. The lies and falsification resulted in the resignation of the university leader, but Ms. Bresch was promoted at Mylan. I imagine that pulling off this academic deception empowered her and set her on her current trajectory of promoting the Epipen and the subsequent crazy price inflation of her product.

Ms. Gilbert had a lover that worked at the same VA hospital on the security force and hospital policy mandated his presence at all cardiac resuscitations. He quickly became impressed with Nurse Gilbert's cardiac arrest skills. In the mid 1990s investigation revealed that the arrests were caused by iatrogenic injection of epinephrine administered by Mrs. Gilbert. At trial in 2001,  it was suggested her motive was to impress the boyfriend. She was convicted of 4 of the murders and is serving a life sentence in a Texas Federal prison. It was speculated that she was responsible for 80 - 100 murders, but this could be much higher as 300+ patients died while under her watch.

Ms Bresch's motives were far less lethal, but I am certain she was on a crusade to impress share holders and boost Mylan stock price. Both of these Heathers turned a blind eye to the vulnerable patients impacted by their nefarious actions to impress a third party that should have been completely out of the picture.

Both of these women had the ability to compartmentalize their lives. Nurse Gilbert had been married and had 2 children which gave outward appearances of normalcy. Ms. Bresch's father Senator Manchin said his daughter was a very kind person and would give anything to someone in need. I guess he was  never underinsured and try to purchase an Epipen for an allergic child.

Both these ladies misled people and put their needs above others. I guess the serial killer, Kristin Heather is the worst part of this very bad lot. When I think of innocent and vulnerable children being deprived of an important medical treatment, it makes me wonder. One thing is for sure, they both would have been publicly shamed in front of their classmates and given the boot from a diploma nursing school. Our behavior was very closely monitored and one false move and you were history.

According to our student handbook, we were never allowed to be in the dorm while possessing money with the exception of a small amount of change for the pay phone. The school emphasized that it provided everything we could ever need including: housing, uniforms, linens, books, lab supplies and 3 meals per day if you could arouse yourself for the 6AM breakfast. Although we did miss out on Heather Bresch's millions, we had every thing we needed to learn nursing and that was all that really mattered.

Overall, stories like these evil Heathers add fuel to an underlying felling of depression. When I was a youngster the best way to avoid dark moods was to immerse myself in the work of the OR. It was tough to feel bad after a long case that went perfectly with Dr. Slambow extolling my virtues and saying with gratitude that he could have never done it without me.  Those bright OR lights boosted a dreary mood . Now as  an oldster, it gives me a sense of pride and peaceful satisfaction to look down at my Bovie burned finger and arthritic knees knowing that I helped someone at their most vulnerable and critical time and never gave a thought to the $4.95 per hour that I earned. You can verify that with some of my old paystubs (Just search Fools Gold- It's Payday.)

I doubt any of the above Heathers will ever find such peace. I suspect it is fun to jetset about on private aircraft or live in a fancy neighborhood, but when you are old, the good feelings come from memories of people you have helped along the way such as the trauma patient you worked on all night  in the OR and then watched him walk out of the hospital to his waiting  family. I'm not all  that religious, but I am certain there is a special place in Hell for people that use sick, vulnerable people for personal gain. These Heathers are a tsunami of evil, death, and greed.

I should probably stick with my foolishness and old school nursing stories, but seeing Ms. Bresch  so arrogantly testifying before that congressional committee got my old iron poor blood to boiling. Everything is so different today.

The puzzle at the beginning of the post is very simple. Top photo is Heather Bresch and her grossly inflated Epipen. Middle is Heather Snootphull, a notorious drug fiend that tried to get high by inhaling epinephrine nasal spray. Lastly on the bottom is serial killer Kristin Heather Gilbert and her ampules of epinephrine. I betcha she injected a billion dollars worth of that drug at Mylan's prices.
Posted by Oldfoolrn at 6:49 PM

Email ThisBlogThis!Share to TwitterShare to FacebookShare to Pinterest
Labels: Pharma