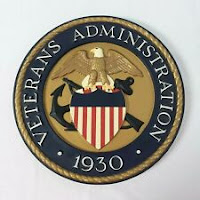 Veterans Administration Hospital
Downey, Illinois 60064
December 4, 1974
Mr. Old Fool R.N.
Nursing Service  118
Dear Mr. Fool:
I am sorry to learn of the injury you sustained from a patient's assault. It is regrettable this incident occurred and I am hopeful you have recovered by this time.
I am aware that working in a hospital such as ours must be conditioned with a recognized possibility of occasional physical and verbal acting out by patients. Due to the nature of some illnesses, certain patients periodically lose control of their emotions. It is only through the contribution of such as you that the hospital is able to help these patients through their difficult periods and eventually restore them to a fulfilling life in the community.
Although you have a positive responsibility to protect and conserve all Federal property, including equipment, supplies, and other equipment entrusted to you, personal remuneration for the broken window you were thrown through will be waived,
I want to personally thank you for your assistance as part of the hospital team in carrying out out mission of service to veterans under our care.
Sincerely yours,
Paul K. Kennedy
Hospital Director
Post script: The VA system has changed quite a bit since this letter was delivered to my mailbox in Building 66 at Downey VA. The official VA seal was updated to replace the anchor and rifle scene with a hodgepodge of images including flags, an eagle, gold cord, and five stars. I think I like the old school seal lots better. There is something to be said for simplicity.
Patient assaults on staff were so common at Downey that a slew of these letters were written. The VA has subsequently ceased apologizing for assaults to limit their liability. In the 1970s, not a soul would even think about litigation, especially against one's employer. Times have changed.
If you're interested in the gory details of the assault here is the link; https://oldfoolrn.blogspot.com/2015/08/knock-out-punch.html
Posted by Oldfoolrn at 12:44 PM